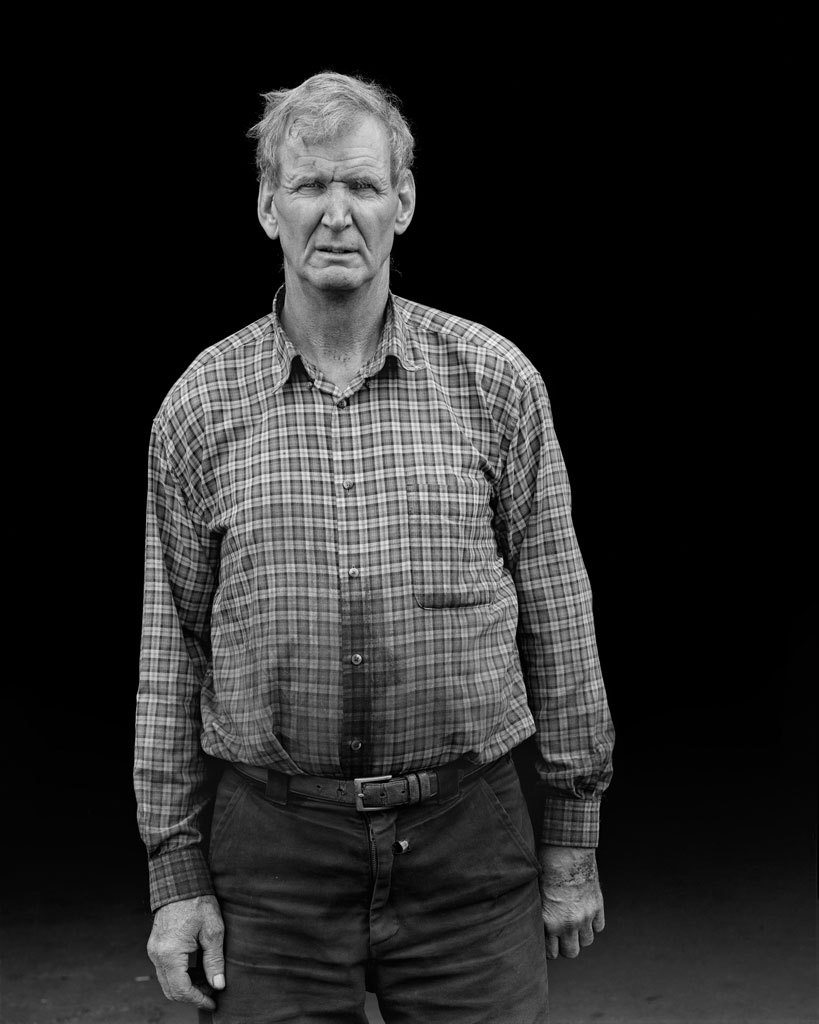 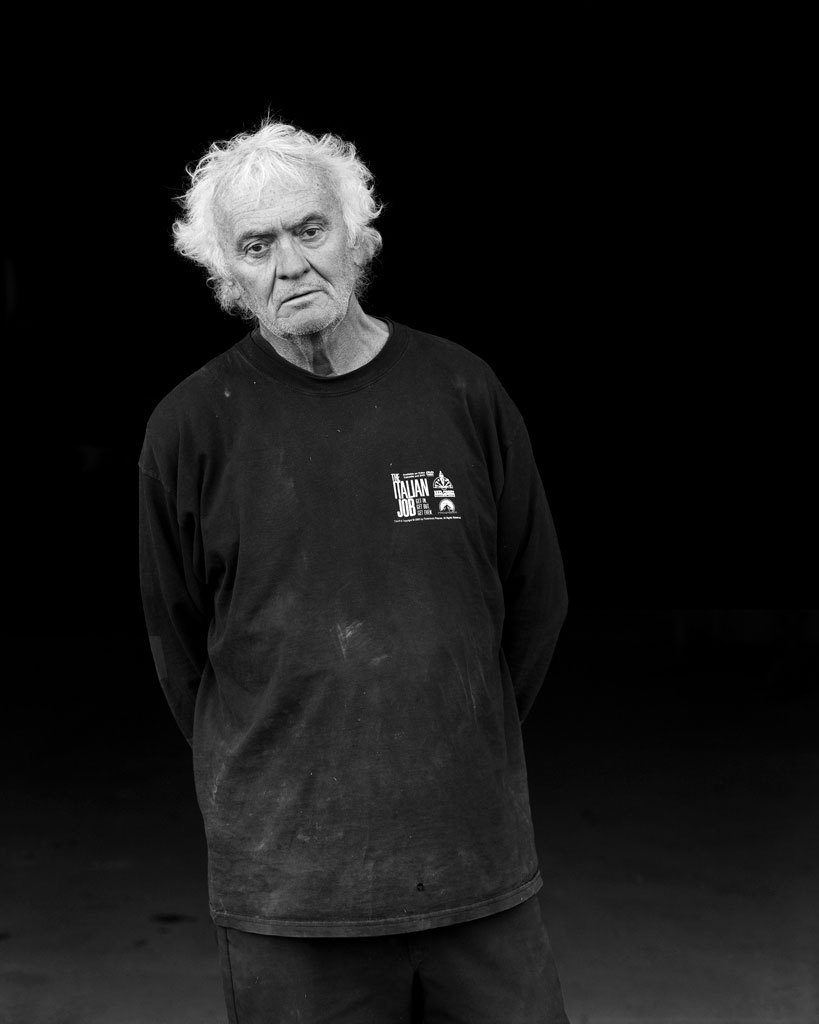 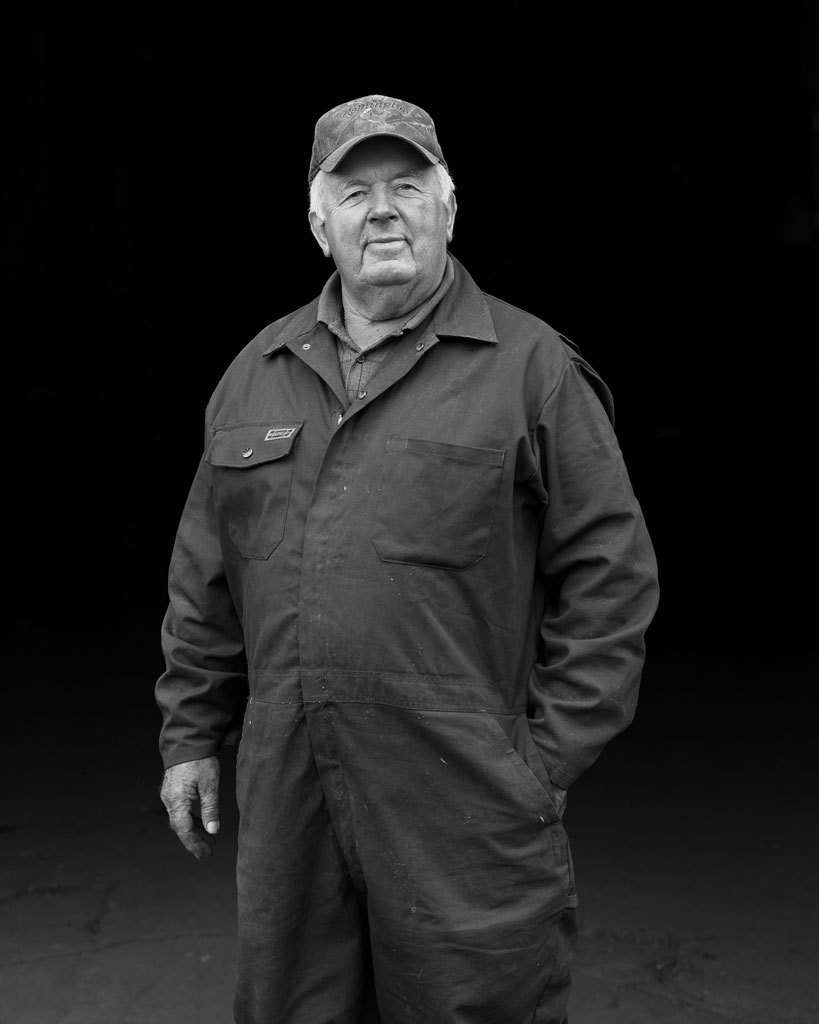 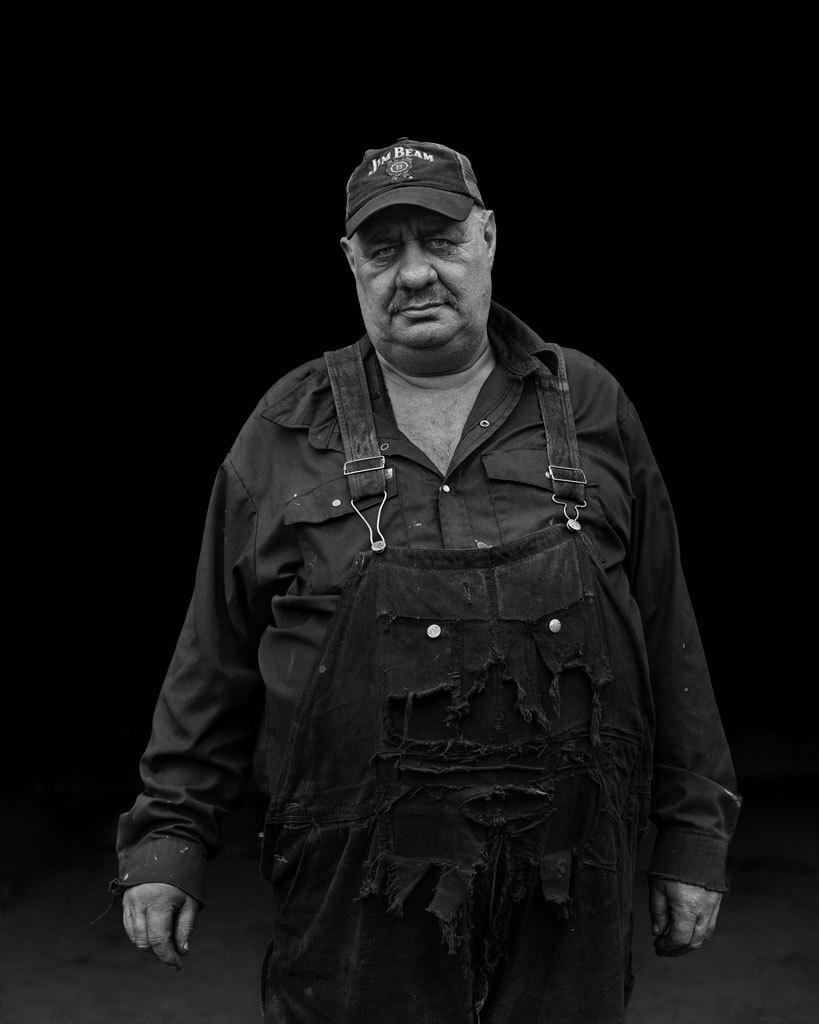 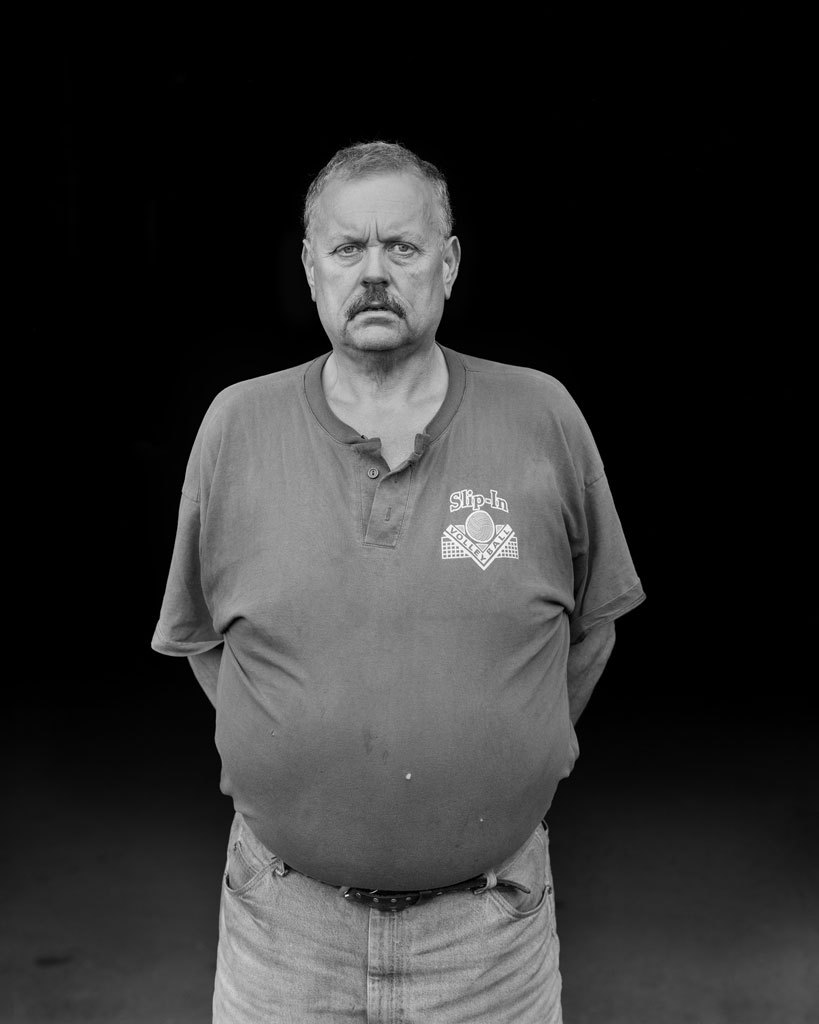 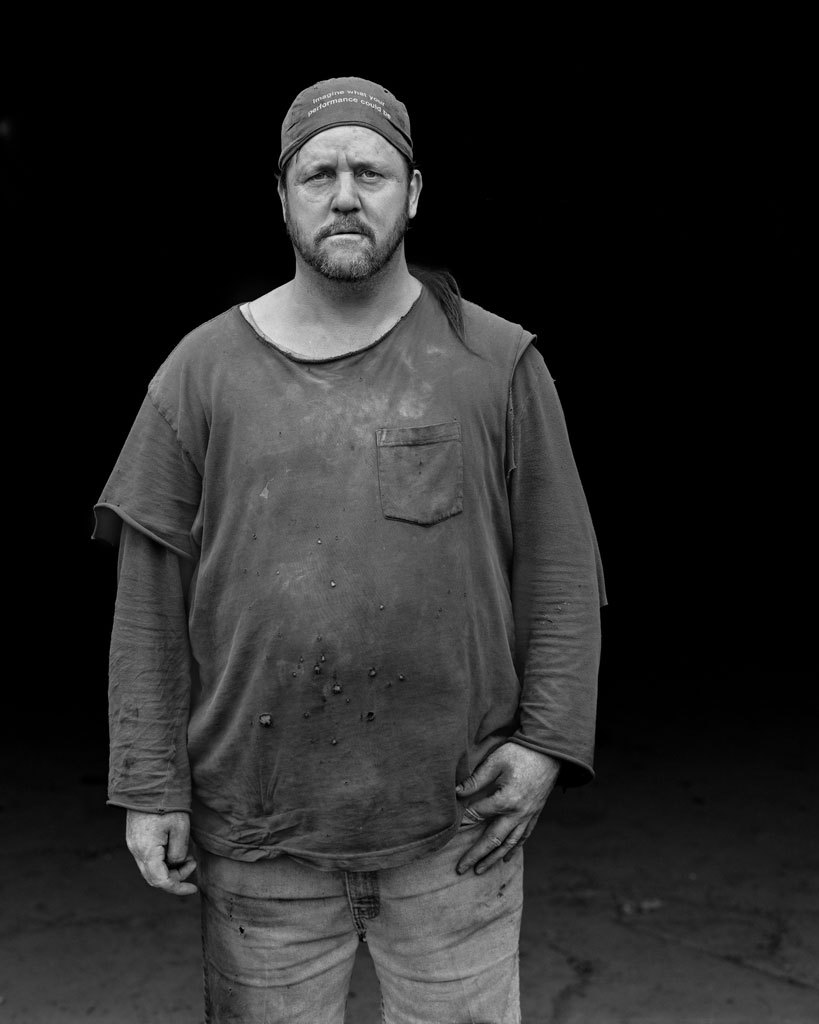 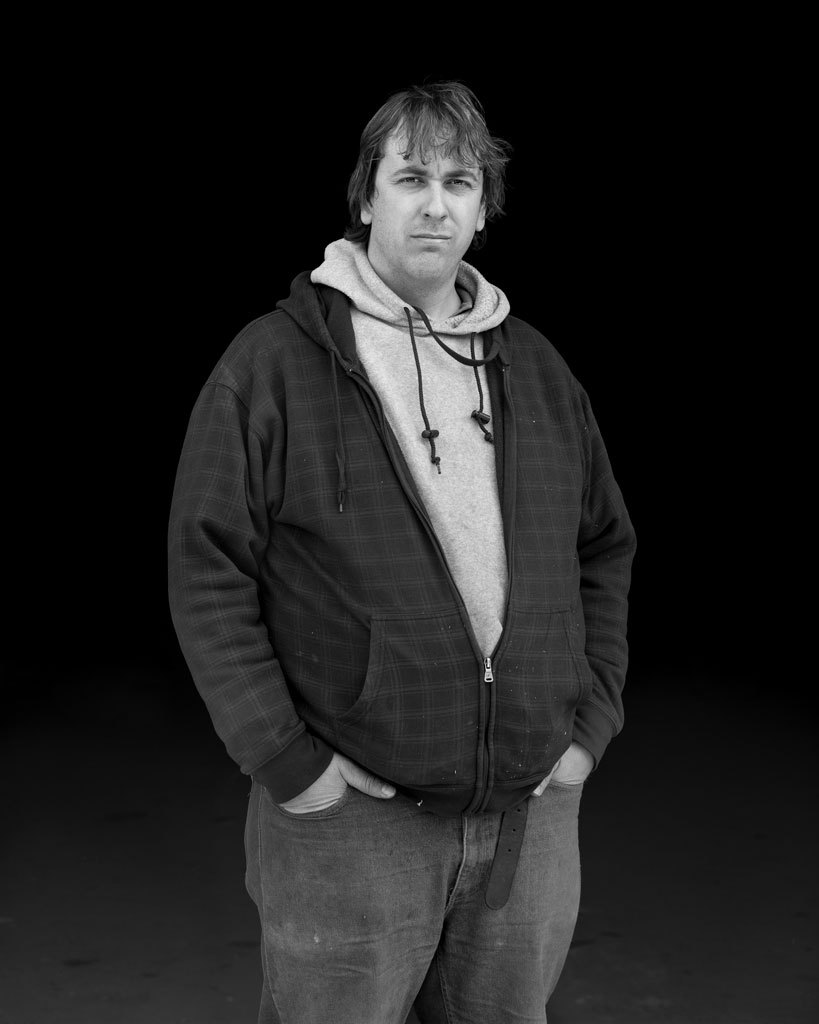 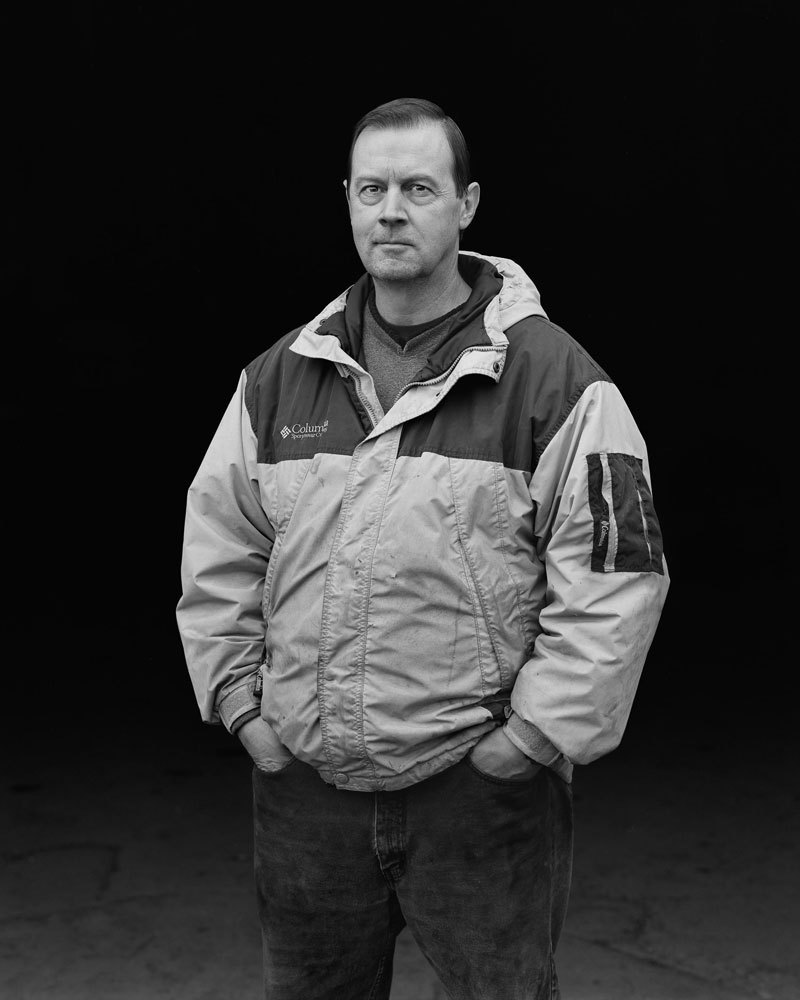 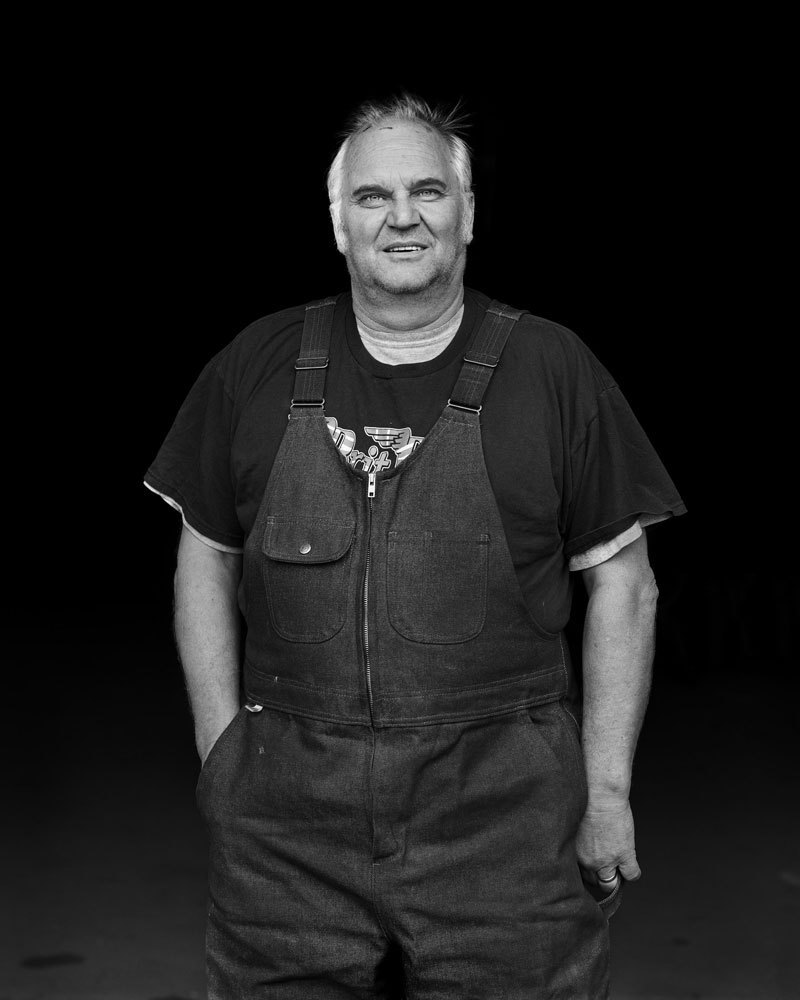 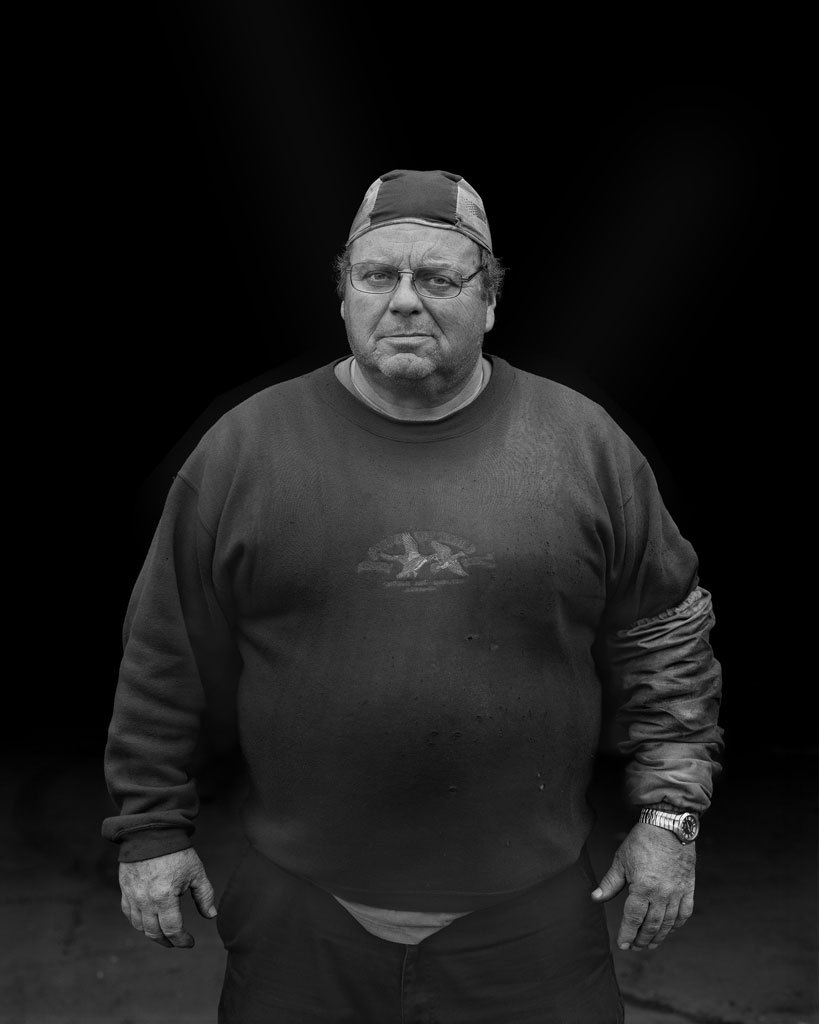 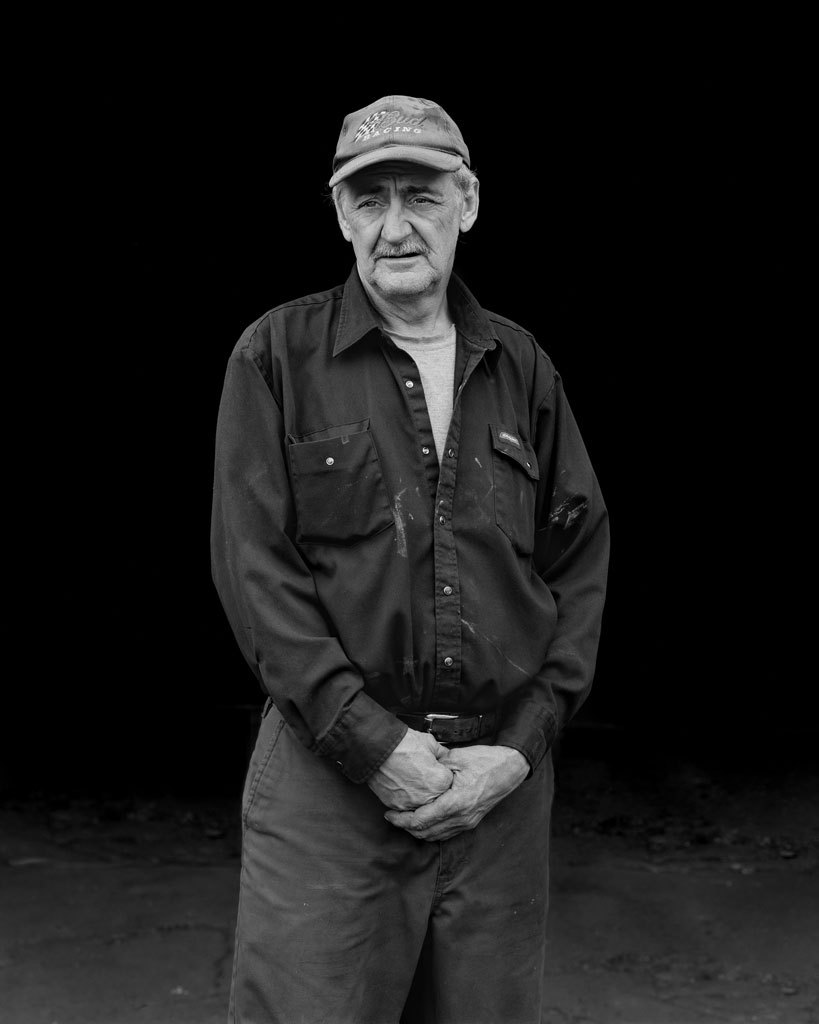 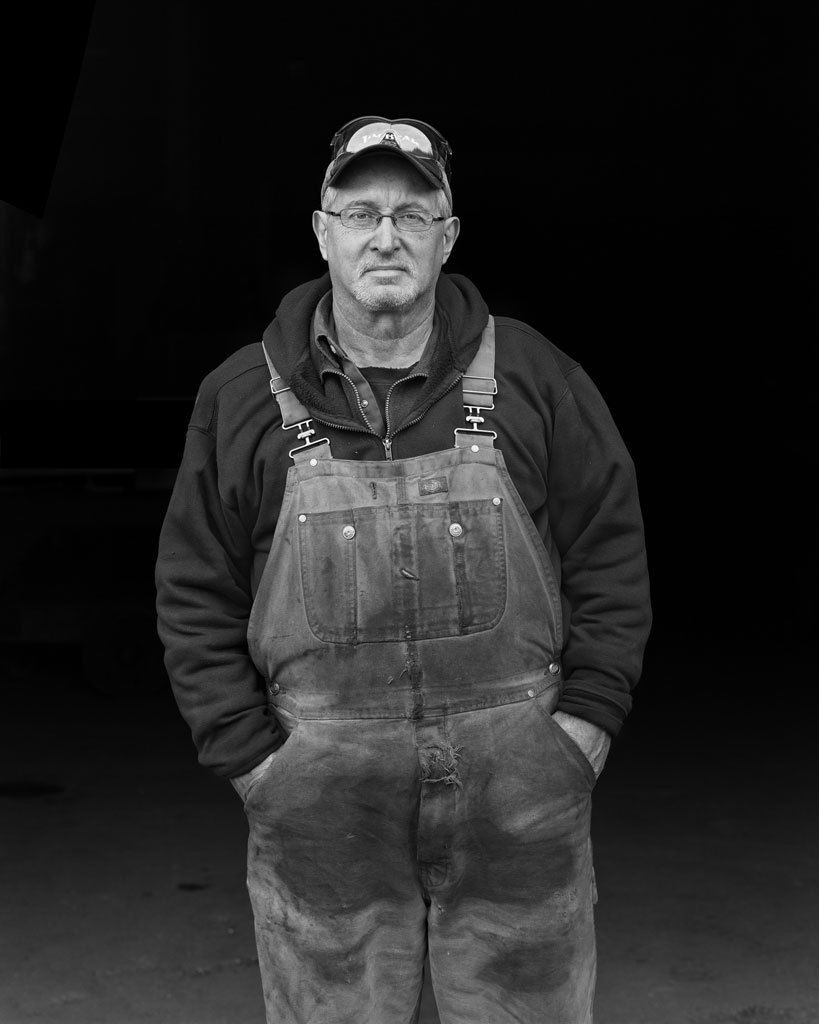 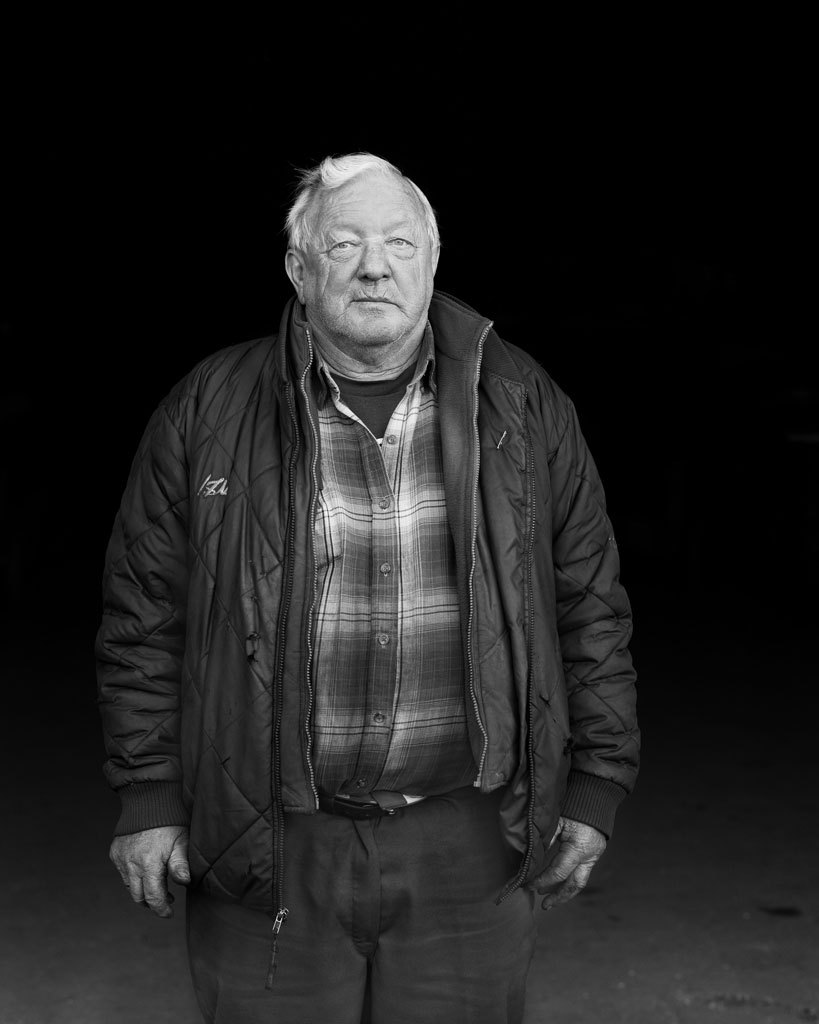 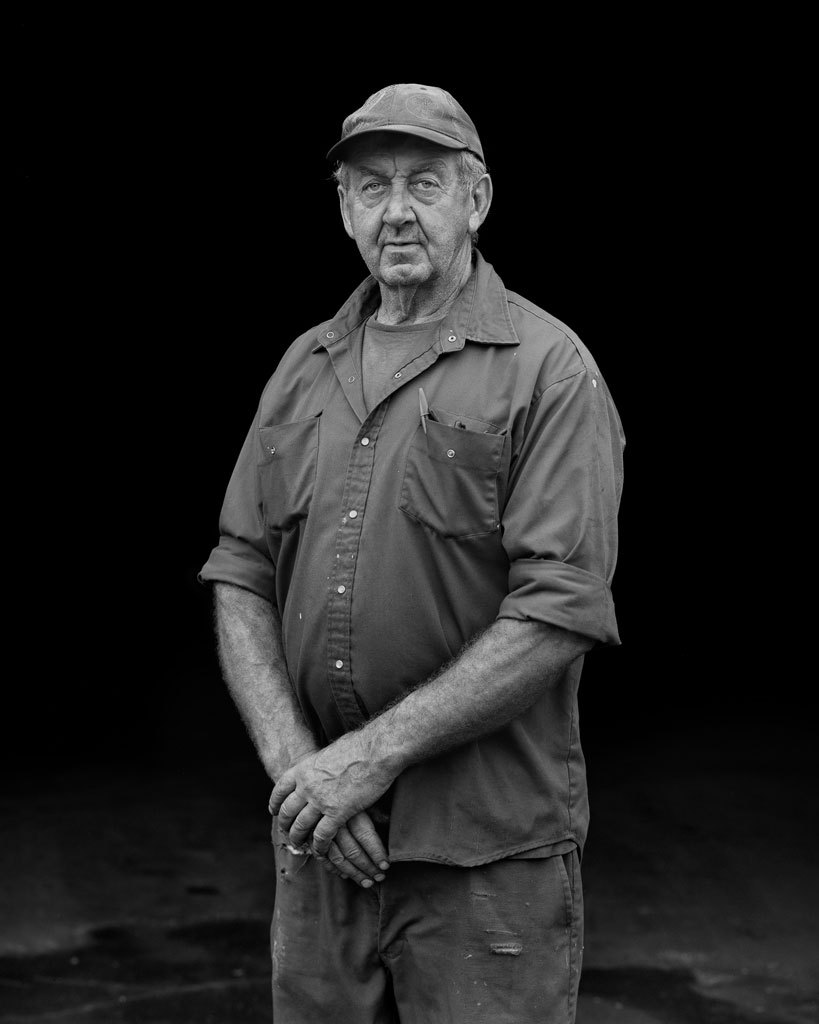 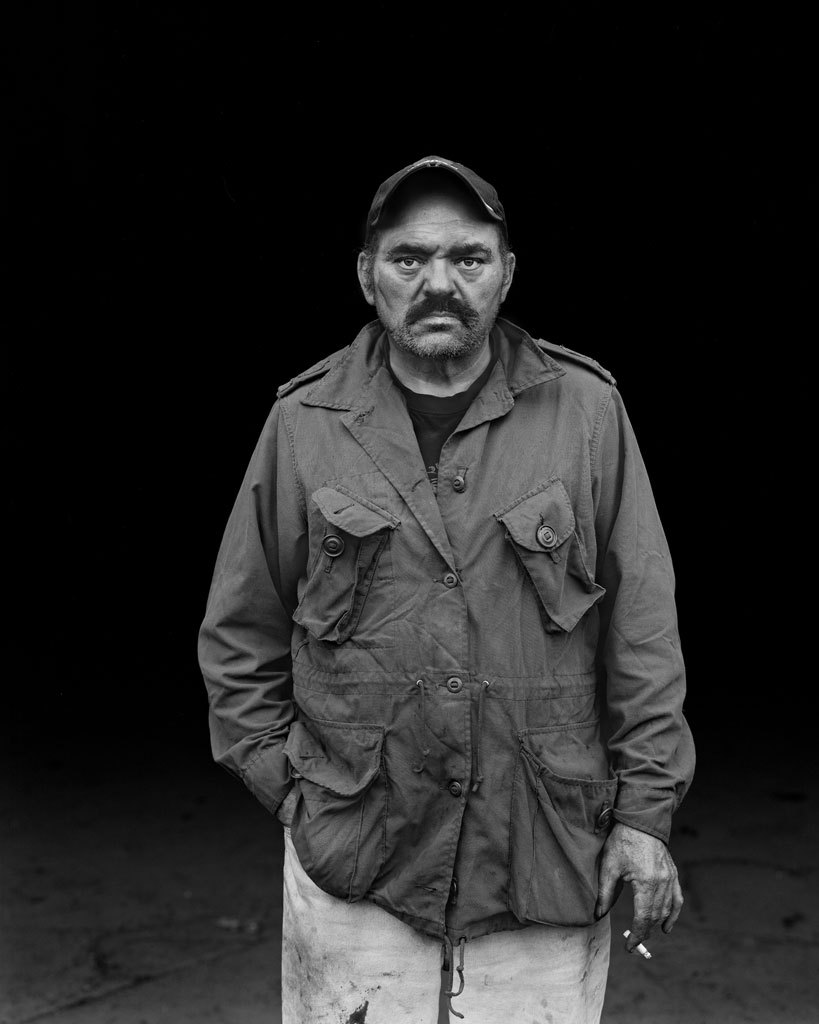 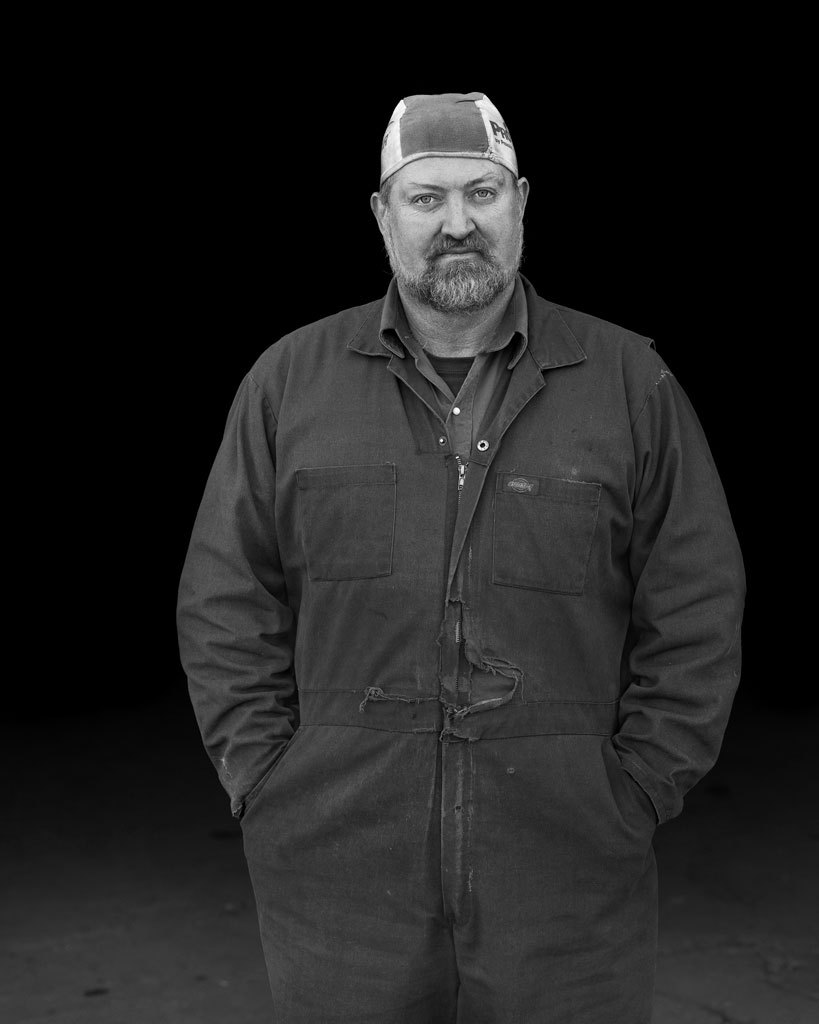 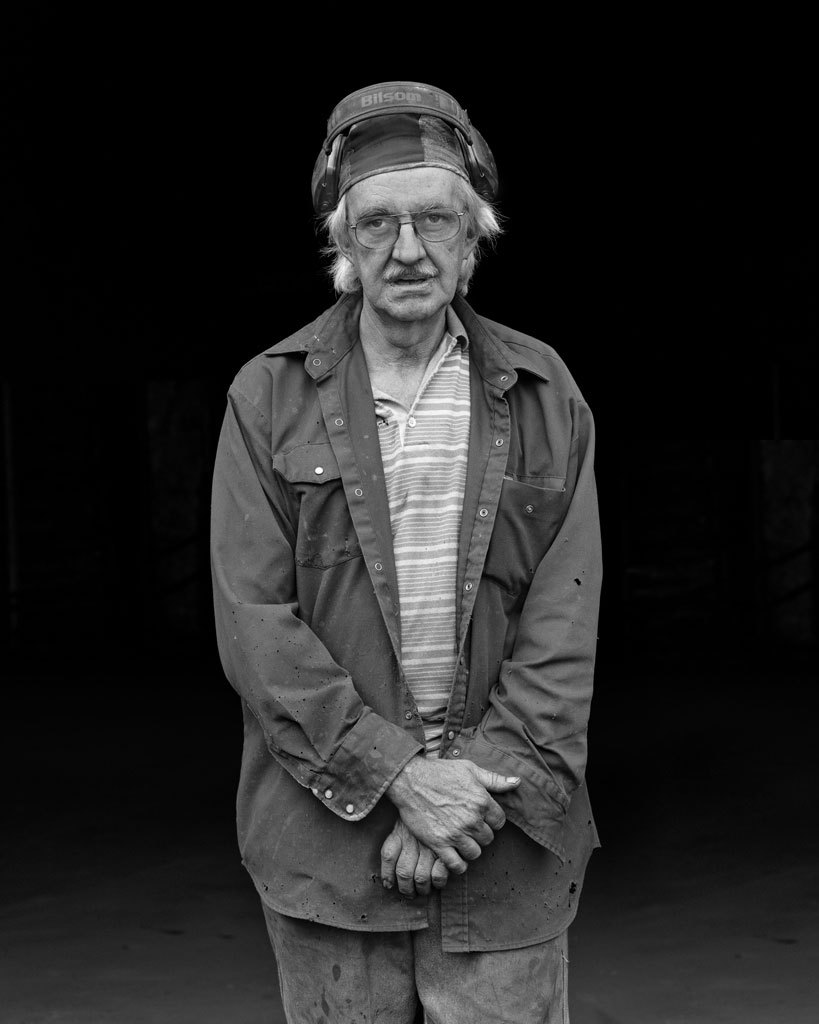 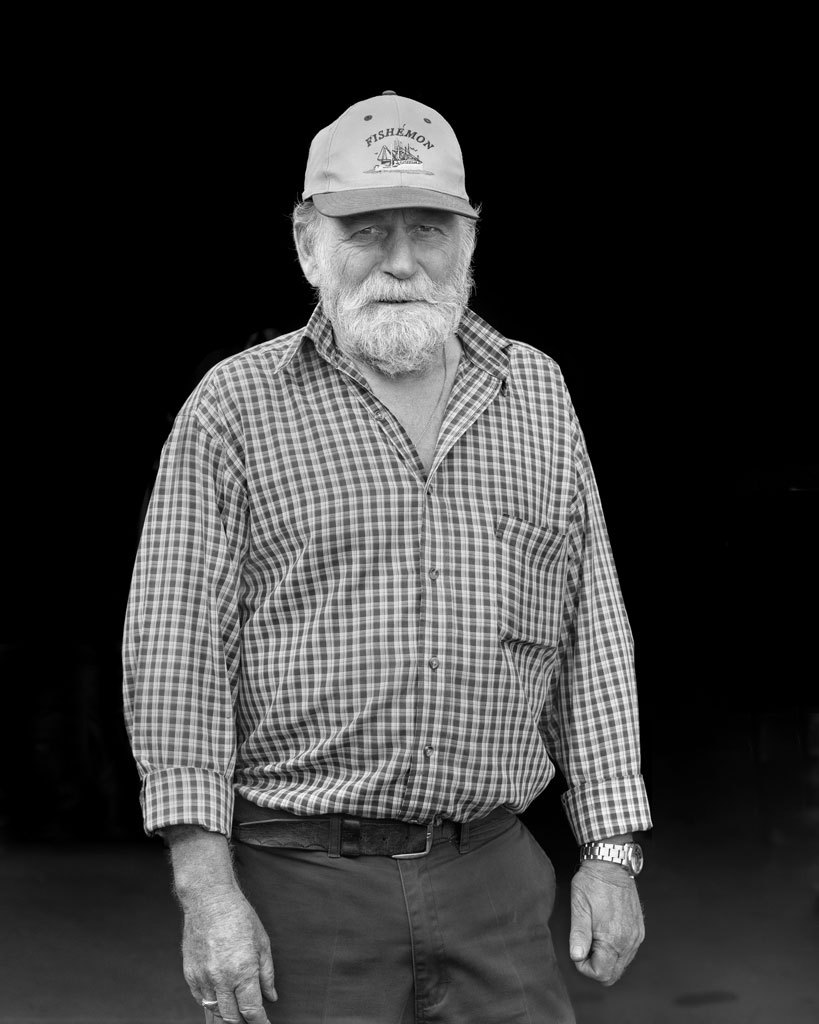 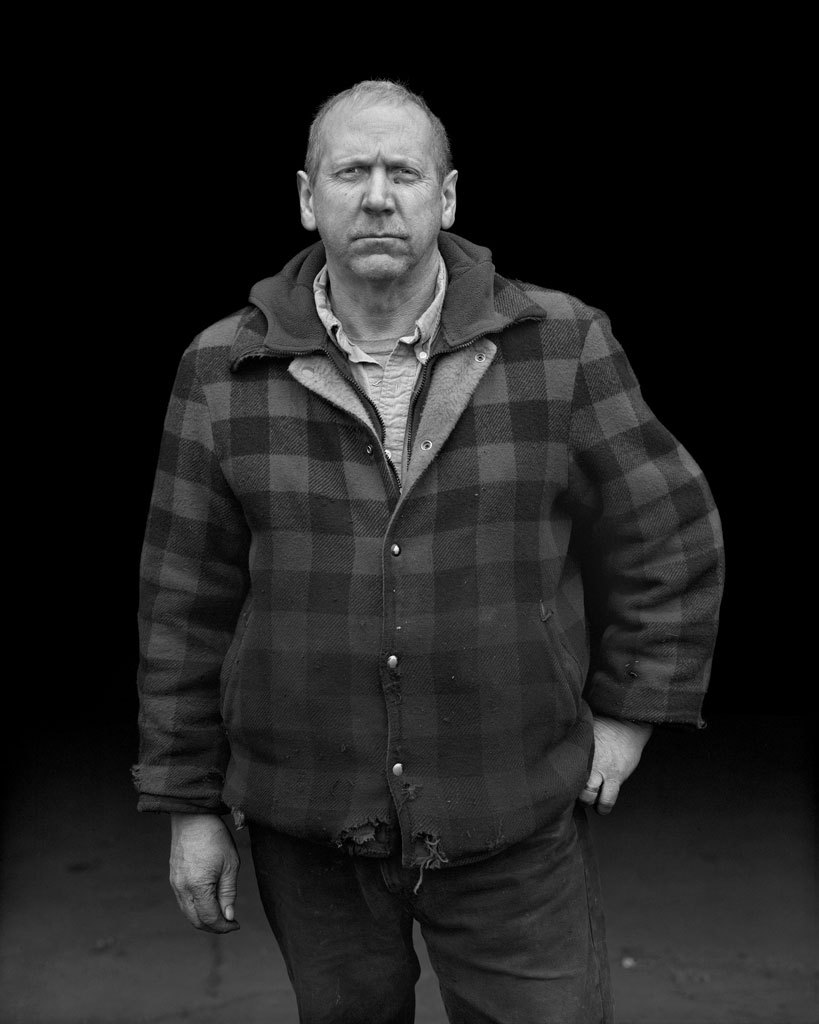 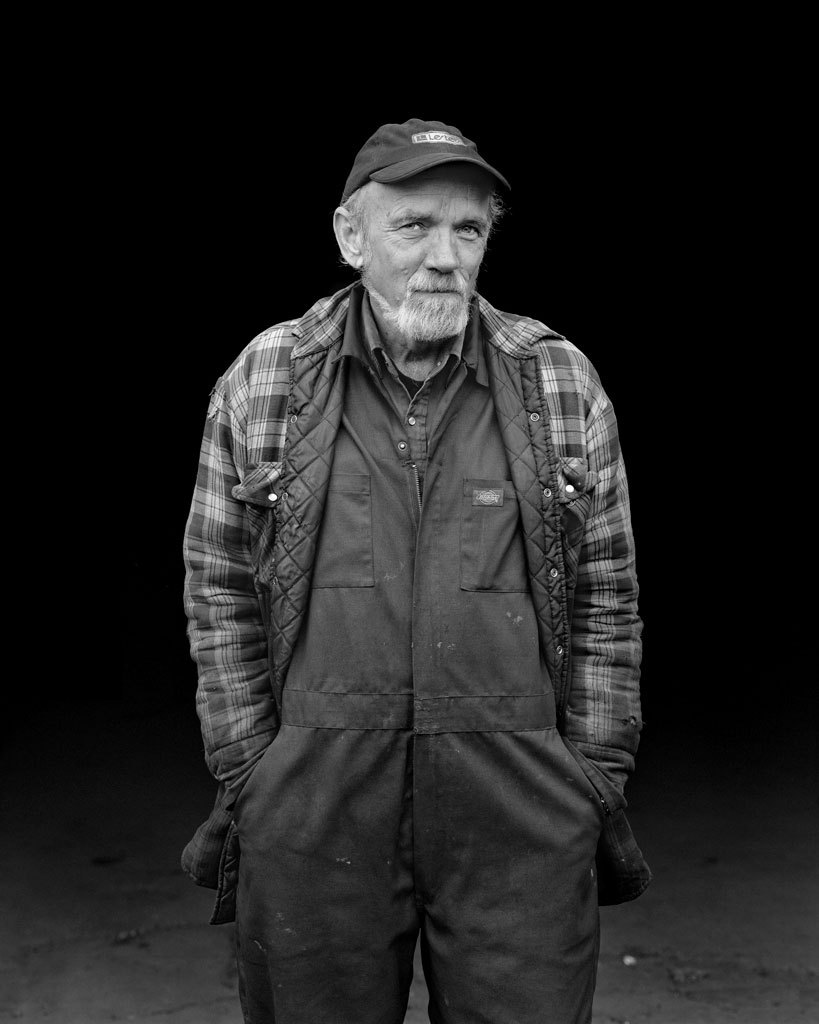 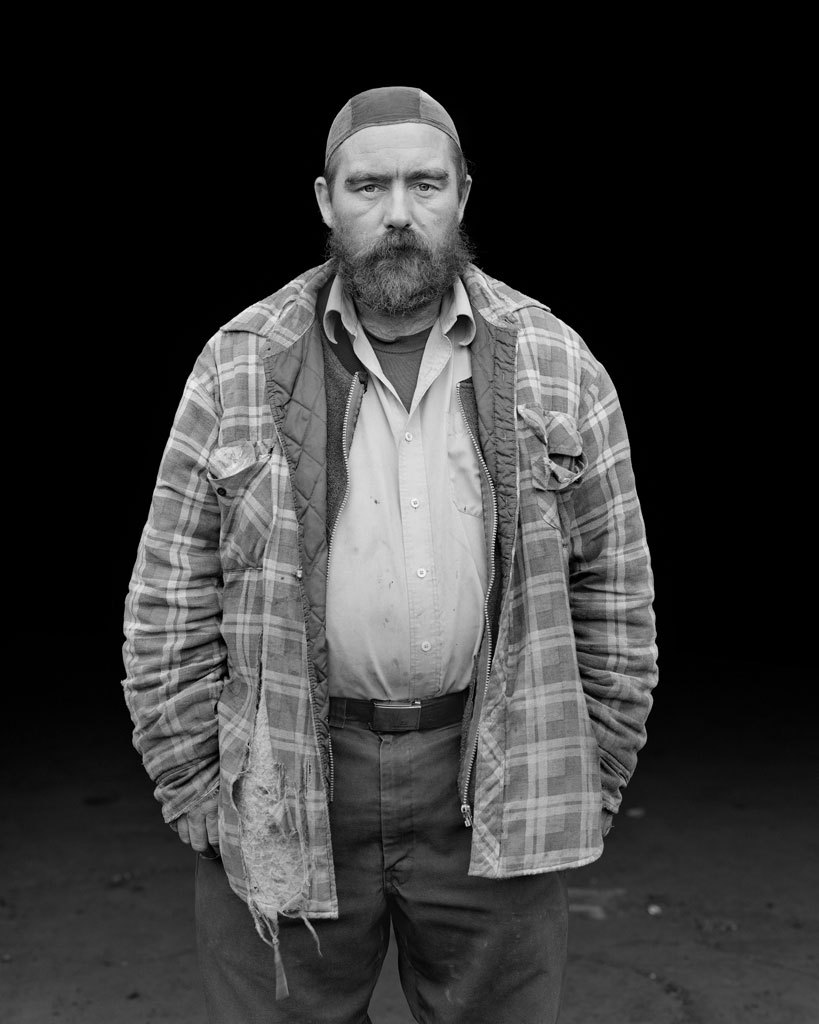 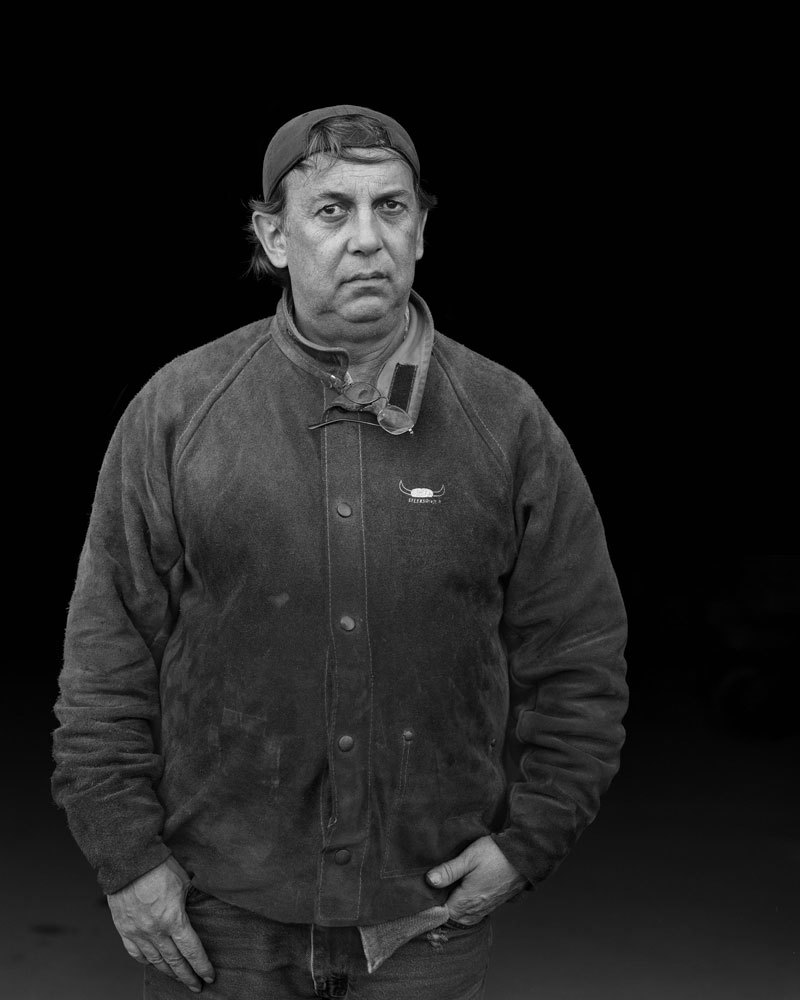 The Twenty-Two Iron Workers series occupies a central position within the Enterprise project (2006-2012), a body of work that explores the legacy of historic iron foundry in the small community of Sackville, New Brunswick.

Before it was decimated by fire in 2012, the Fawcett-Enterprise Foundry Co. had been a leading manufacturing firm in Atlantic Canada for over a century. At the pinnacle of its production, the factory had served as a leading employer for the surrounding community and employed several hundred workers. In the final days before the company’s unexpected demise, however, this number had dwindled to less than two dozen employees.

In the Twenty-Two Iron Workers series, these few remaining workers are pictured as representatives of a slowly dwindling labour industry. They are portrayed at rest and alone in a factory space, which now functions as an empty portrait studio. Against this neutral black ground, each man becomes free to display his own particular relationship to a life of work and labour.

Such companies as the Enterprise have historically formed the backbone of Atlantic Canada’s economy, but today they are made increasingly obsolete by labour outsourcing and globalization. It is within this broader economic context that these photographs serve as a record of one particular culture that has now faded into history.