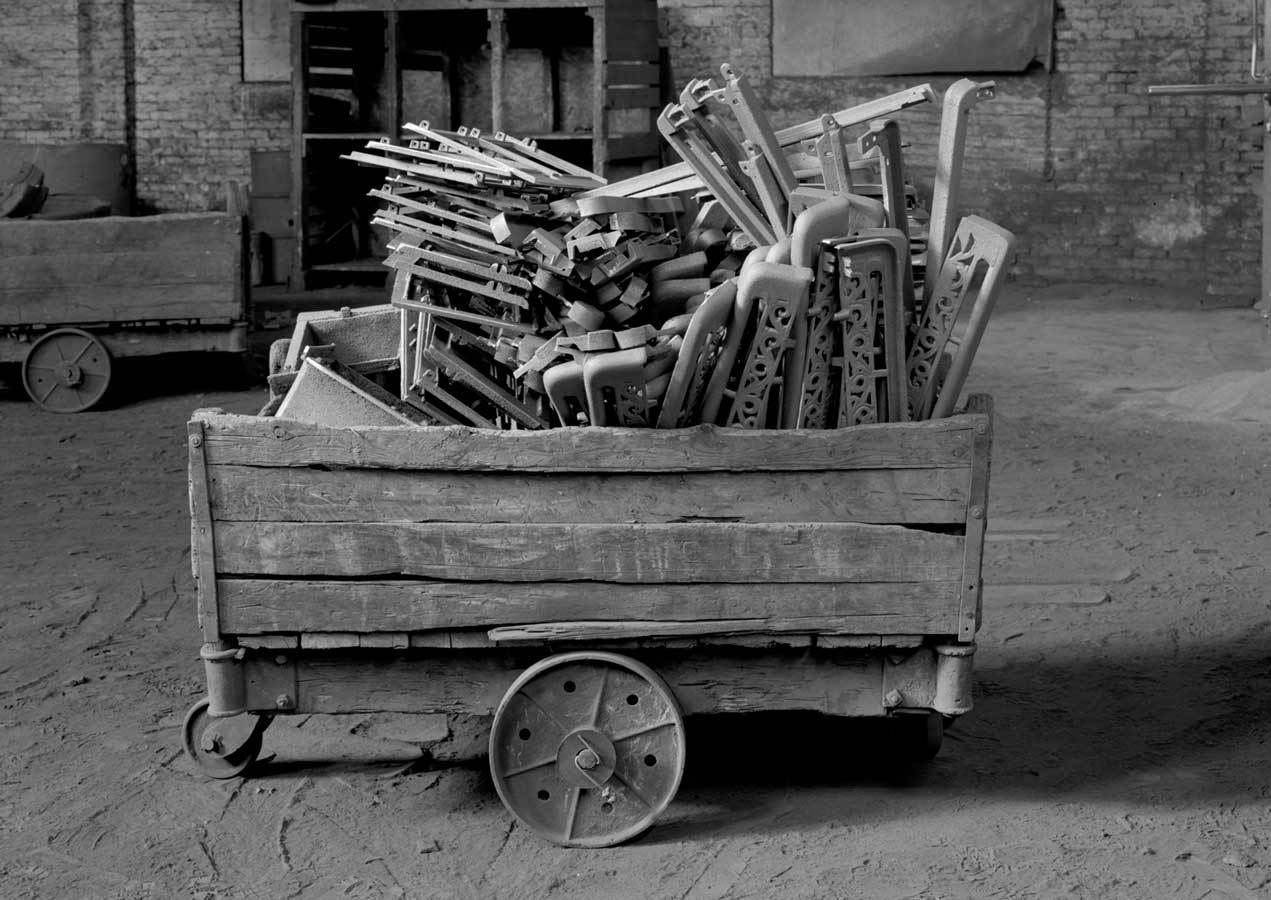 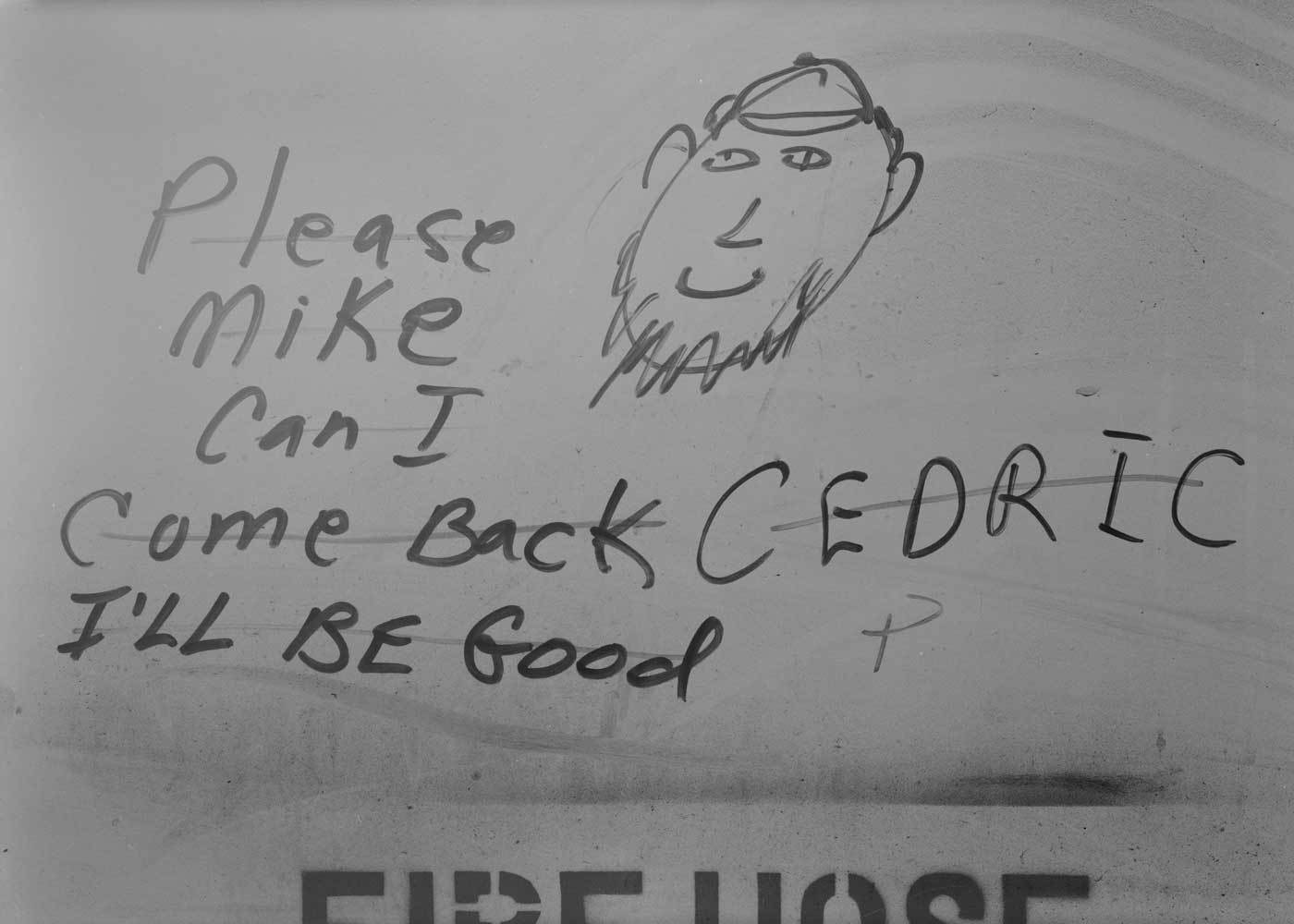 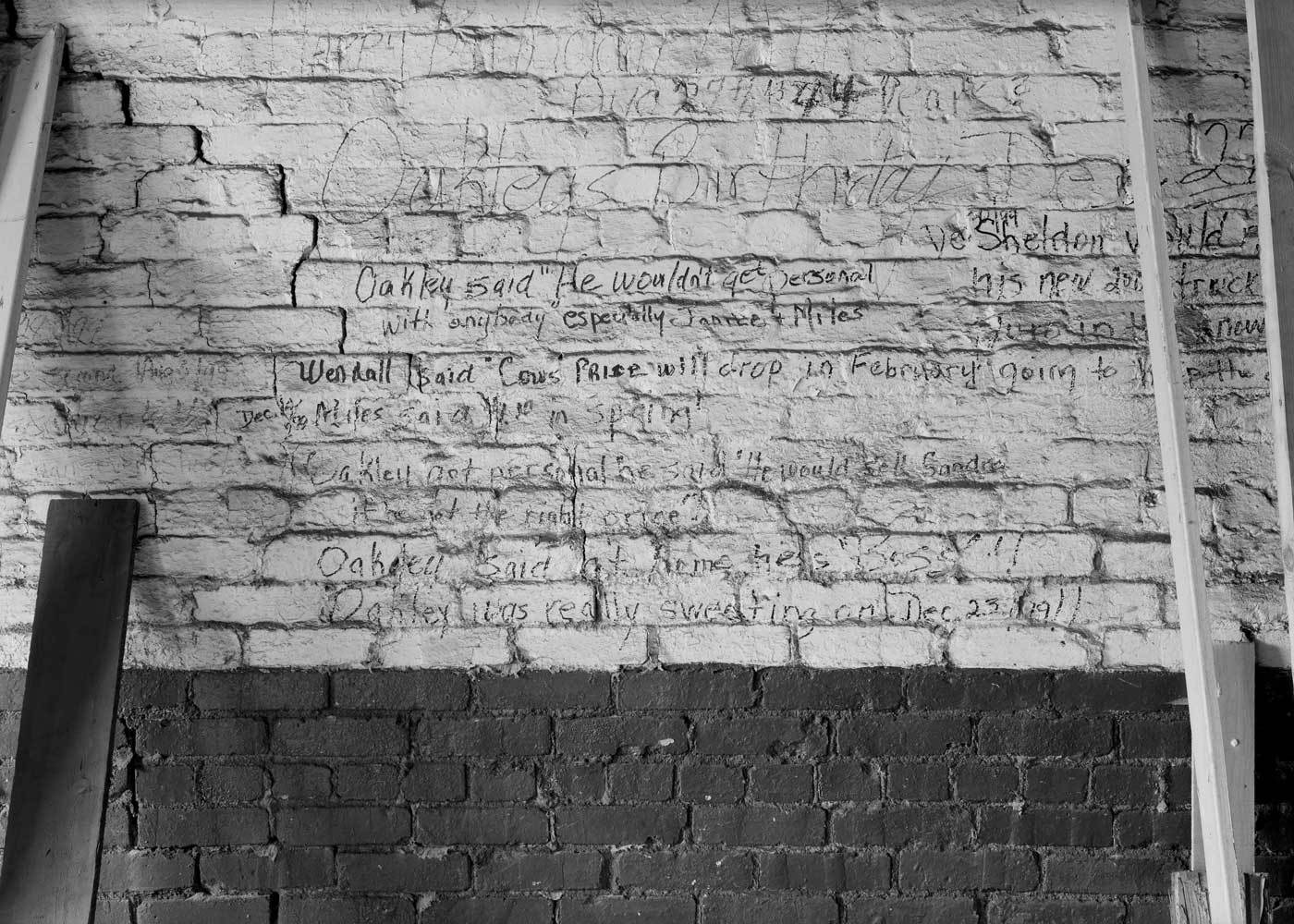 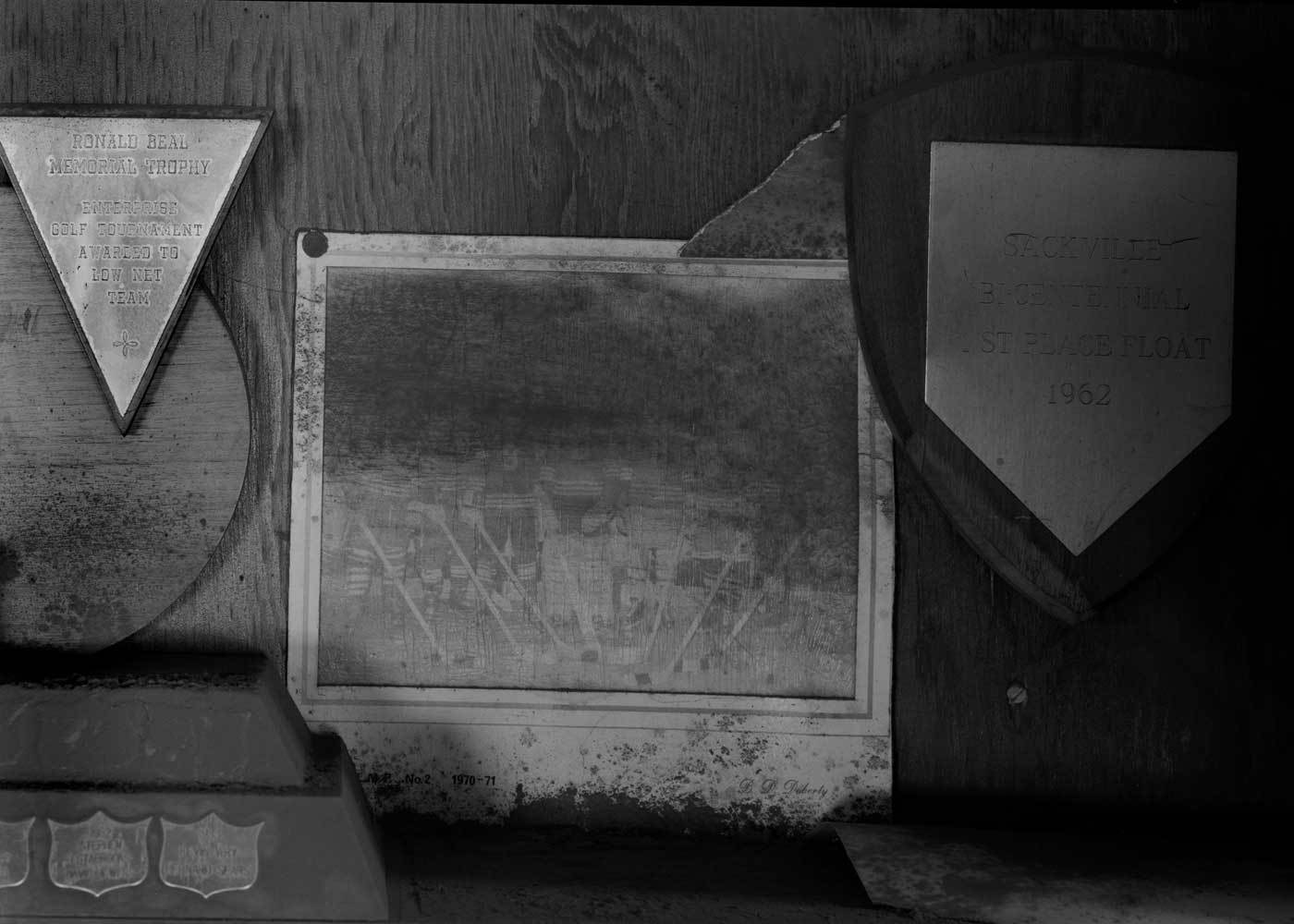 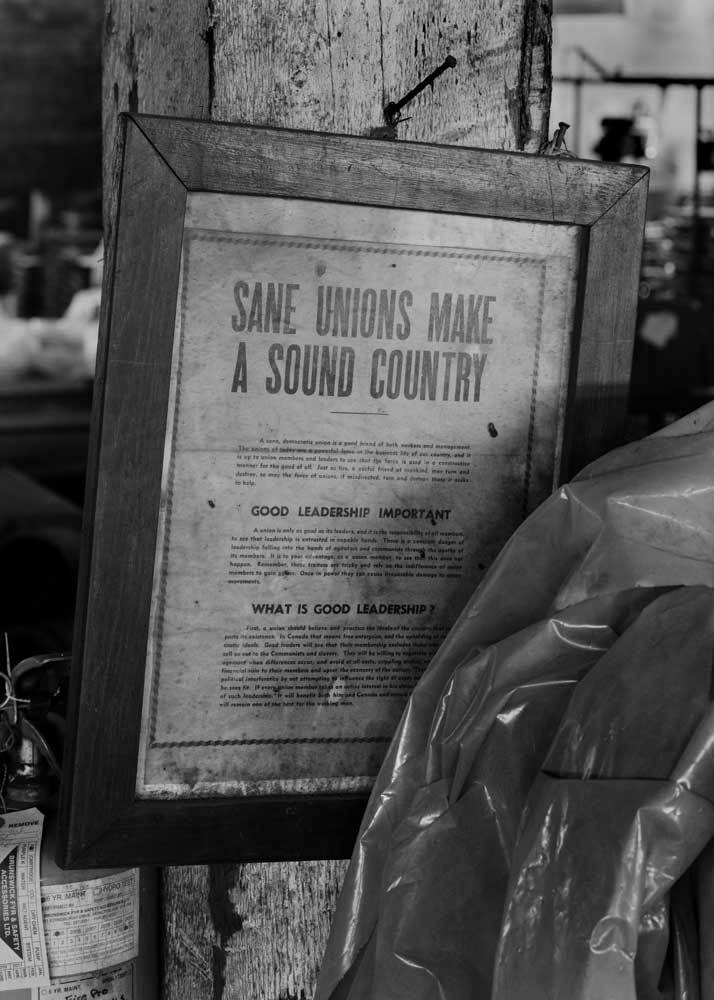 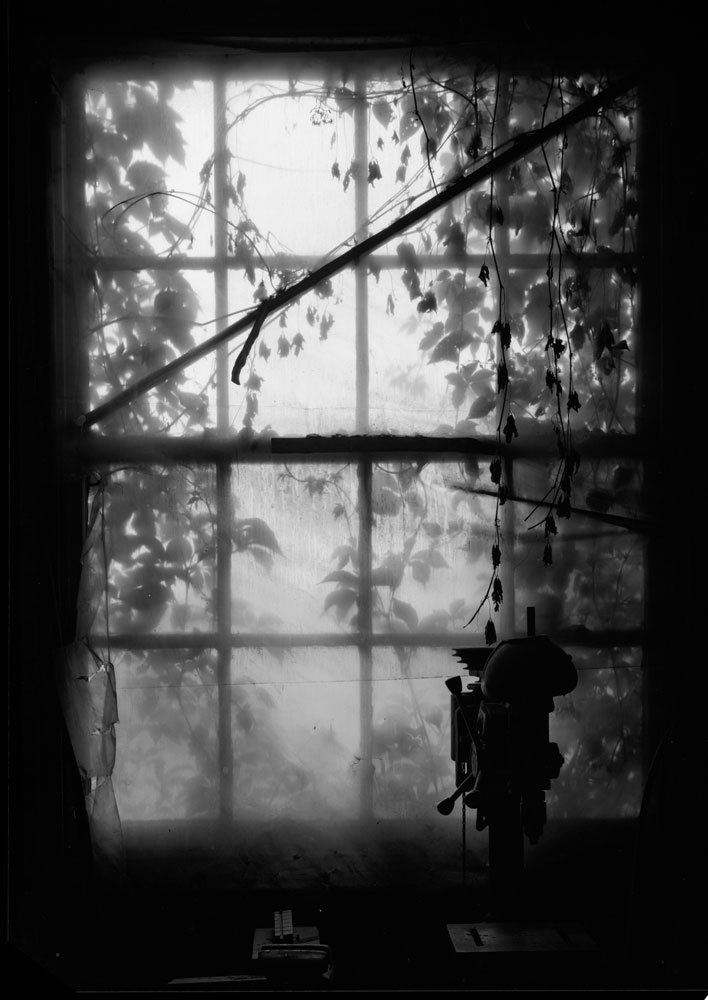 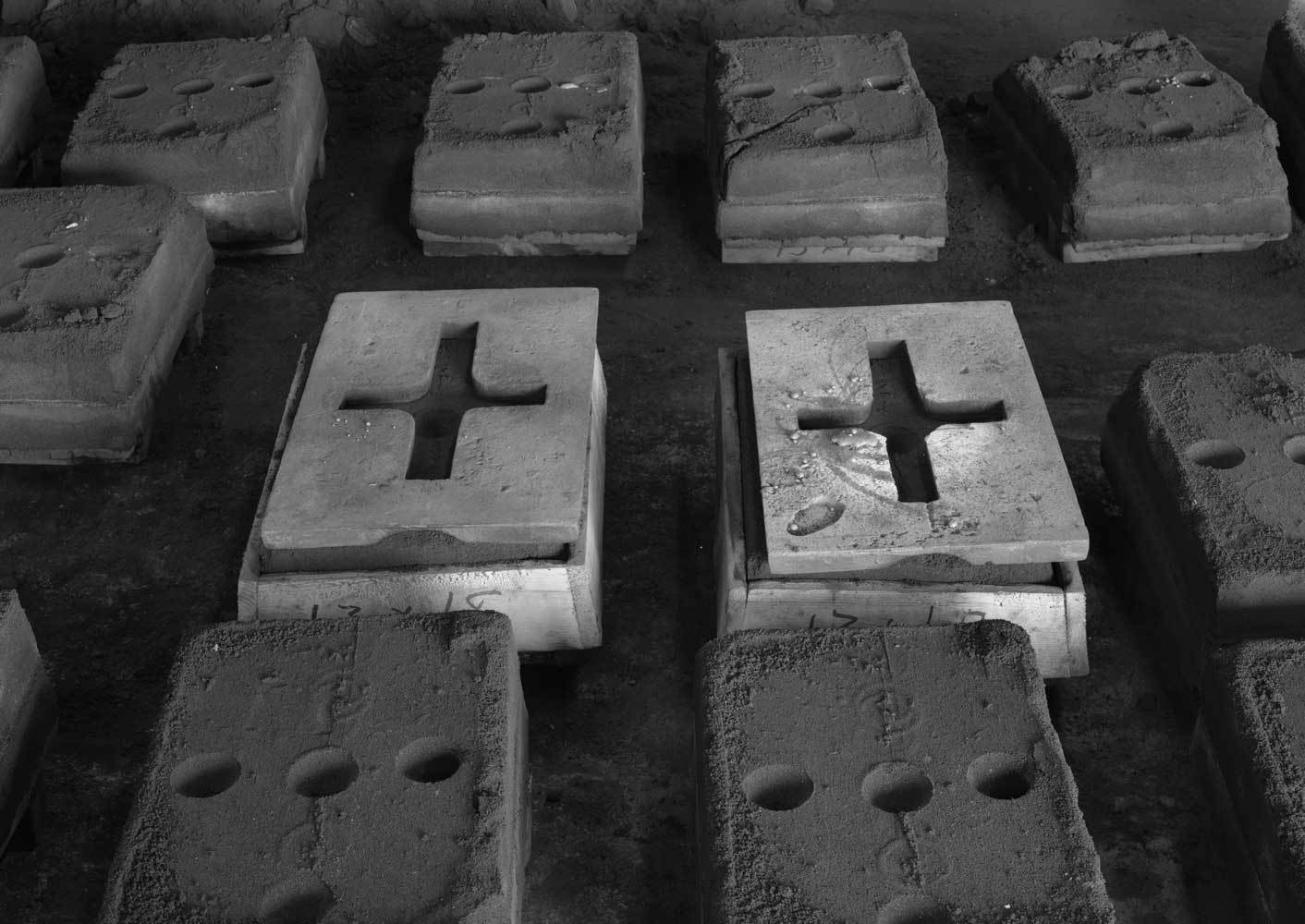 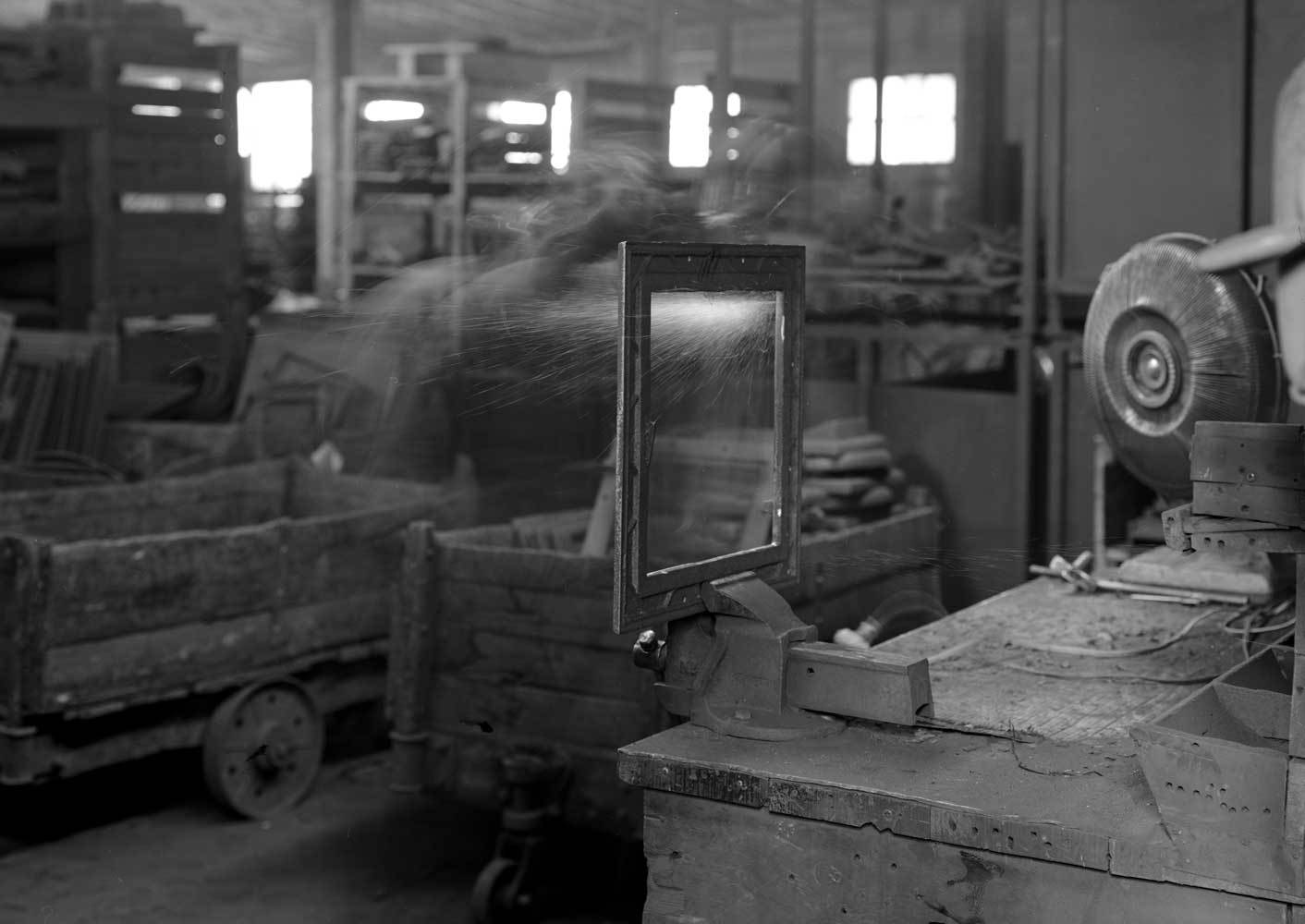 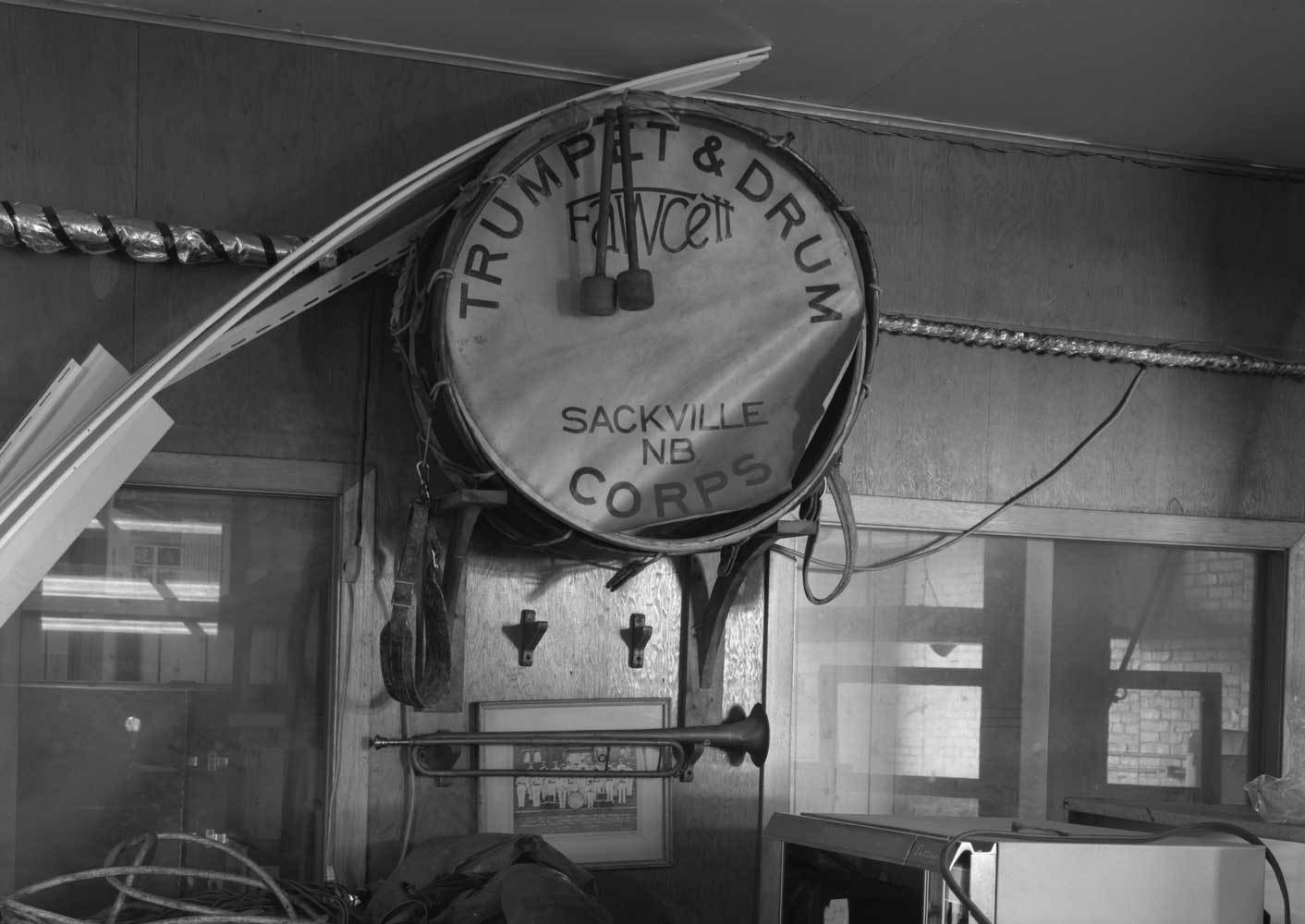 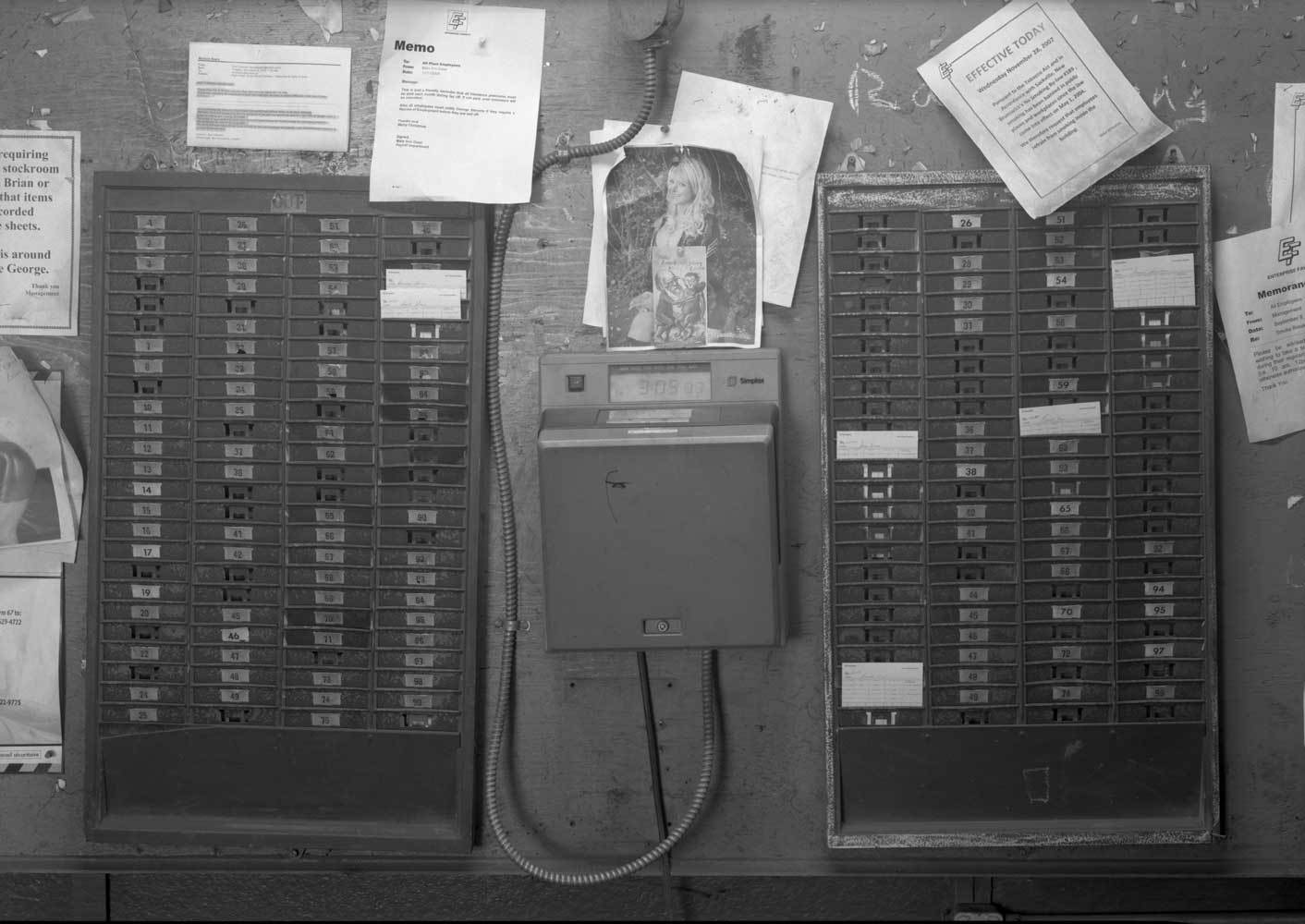 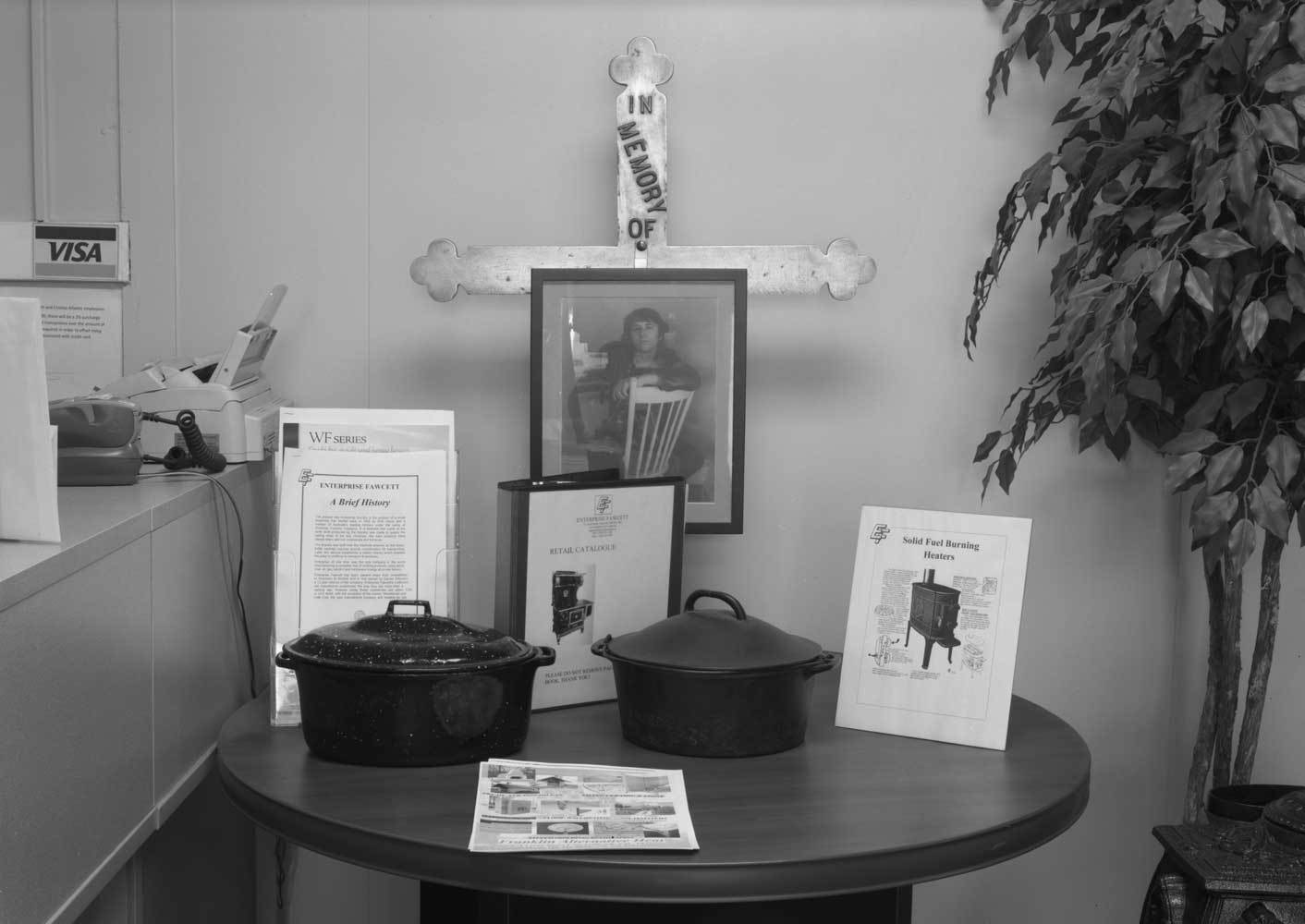 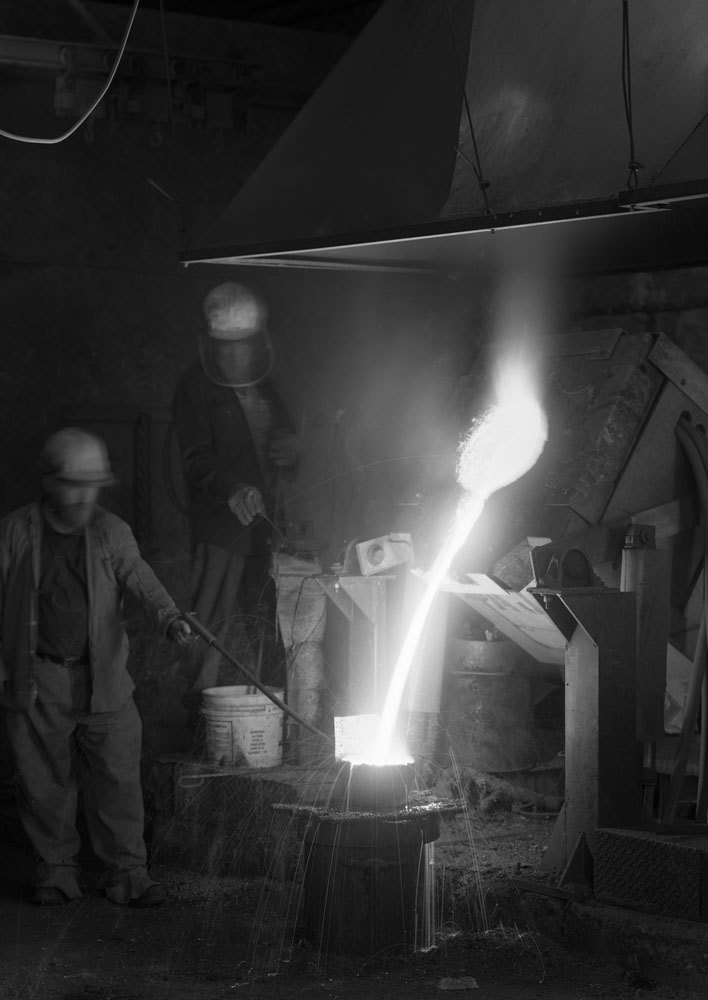 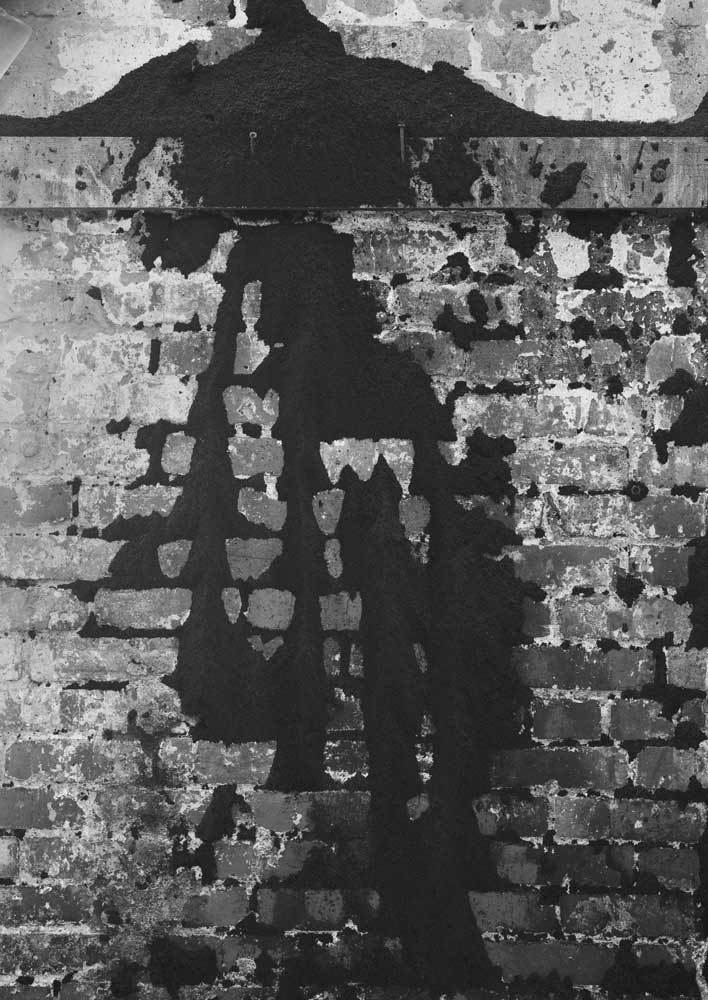 The photographs included in this portfolio depict a vast array of industrial-era architectures and manufacturing processes found at the Enterprise-Fawcett Iron Foundry, a manufacturer of hand-cast iron cookstoves and furnaces based in Sackville, NB. First constructed in 1872, the company’s headquarters grew in size over the following century to accommodate increasing market demand and product lines. Thus the building as a whole juxtaposes an eclectic range of architectural styles which inscribe the socioeconomic character of each successive era.

Facing a number of hurdles in the late twentieth century—periodic labour strife, changing consumer technologies, and an increasingly globalized economy—the company struggled to maintain such a vast manufacturing space and, as a result, levelled portions of the building that grew beyond repair and were no longer needed.  A devastating fire ravaged the company in January 2012, thus finalizing the entropic struggle the organization had fought for several decades.

The Architectural Studies provide a sociohistorical context in which to view the Twenty-Two Iron Workers portraits; together both series comprise the Enterprise project (2006-2012), a six-year investigation into this iconic site of Atlantic Canadian industry.

An illustrated catalogue on the Enterprise project was published by the Owens Art Gallery in conjunction with the solo exhibition Evan Rensch: Enterprise (15 September – 12 October 2012). The catalogue includes reproductions of three images included in the Architectural Studies portfolio and features two commissioned critical essays by Robert Tombs and William Parenteau (UNB) that reflect upon both Rensch’s photography and the historical significance of the company for residents in the region. Please contact the Owens Art Gallery at Mount Allison University for more information.